Medical consent is a fundamental legal and ethical principle which underpins good practice and patients have a right to be involved in any decisions regarding their treatment or care. Failure to advise a patient properly as to the risks and benefits of the proposed treatment and alternative options is often grounds for a legal claim of clinical negligence.

Five years on from the landmark case of Montgomery v Lanarkshire Health Board, which strengthened the law on issues of informed consent to treatment, the GMC has published new consent guidance to help medical professionals understand how to meet their regulatory obligations regarding patient consent and decision making. This replaces Consent: patients and doctors making decisions together’ guidance from 2008.

The GMC guidance, which came into effect on 9 November 2020, informs doctors how to effectively exchange impartial information to ensure patients can make an informed decision and thus reduce the risk of harm or injury. The advice covers areas such as what (and how) patients should be told re. risks, what to do if patients don’t want to listen, how to approach patients who may lack capacity to make decisions, and what needs to be recorded.

Medical Solicitors has specialist experience in informed consent cases and understands the devastating effects that failure to ensure a patient is properly informed of their treatment options can have.

Our senior solicitor, Christine Brown, recently represented a woman who suffered devastating consequences as a result of a failure to advise her of the risks of vaginal delivery and offer her a planned caesarean section as an alternative.

In 2015, our client, then 26, was pregnant with her third child. Her previous birth had resulted in the baby’s shoulder becoming stuck (shoulder dystocia) and needing turning during delivery. Following this, she was not made aware of the implications for subsequent pregnancies and the complication was not recorded in her maternity notes when she became pregnant again. Her antenatal record only stated the baby had to be turned in the previous pregnancy and this was not investigated by any member of hospital staff to discover the nature of the problem.

Throughout her pregnancy, our client was routinely monitored due to her baby measuring larger than normal. At 32 weeks gestation, she was seen by an obstetrician but was not advised of the risks of vaginal delivery associated with previous shoulder dystocia or informed of the option to have an elective caesarean section.

At 38 weeks an ultrasound scan was performed but the sonographer did not take baby’s measurements nor make any assessment of foetal size and weight. Our client asked about her baby’s size as she was concerned but was told it had not been requested so wasn’t assessed.

Five days after her due date, our client started contractions and was admitted to the hospital’s delivery suite. Labour was slow and a midwife noted baby felt big. The Registrar attended and noted the previous shoulder dystocia but recorded no further details.

During the second stage of labour, our client felt she was making no progress with pushing and that the baby was stuck. She repeatedly expressed her concerns to the midwives and requested a caesarean section but was told it was a matter for a doctor. She was reviewed by a senior middle grade doctor after 15 minutes of pushing and again asked the doctor for a caesarean section but was told to keep pushing for another hour. The doctor did not advise our client of the implications of prolonged labour, the size of the baby, the shoulder dystocia in the previous pregnancy, the risks of pursuing a vaginal delivery and the risks and benefits of other options for delivery – nor seek her views on those options.

In the following hour, our client again asked the doctor for a caesarean section as she was convinced the baby could not be delivered naturally. She was told she could not have a caesarean and to keep pushing.

After an hour of pushing, the same doctor performed a vaginal examination and incorrectly assessed the position of the baby’s head. They advised a plan had been discussed with the Consultant; a trial of forceps would be attempted in theatre and, if that failed, a caesarean section would be performed. Again, our client was not advised of the risks and benefits of an assisted delivery, nor of the risks and benefits of other options available to her, including caesarean section.

The Consultant was present in theatre and found the baby’s head was in a malposition, different to that previously incorrectly assessed by the senior middle grade doctor, which increased the difficulties and risks of achieving delivery. Forceps were applied but they were unable to rotate the baby and, during application of the posterior forceps blade, our client suffered substantial trauma to the genital tract and vagina causing massive blood loss. She needed an emergency caesarean section followed by an emergency hysterectomy, repair to significant vaginal lacerations and blood transfusion. Post-injury, she has experienced PTSD and gastrointestinal issues.

Our client was able to prove that, had she been properly advised of the risks of a vaginal delivery with a big baby, history of shoulder dystocia, and of alternative options, she would have opted for a planned caesarean section. She was worried about the size of her baby and her paramount concern was for the safe delivery of the baby. The Trust admitted that with appropriate treatment our client would have delivered her baby by planned caesarean section and would have avoided an emergency caesarean section and a hysterectomy. We were able to achieve a six-figure settlement for our client.

The importance of informed consent

This case highlights the application of the law in informed consent cases. Patients are decision-makers exercising choices. Doctors are under a duty to involve patients in their treatment and find out what matters to patients so they can share relevant information about the risks and benefits of the proposed treatment and reasonable alternative options.

As with our client, serious harm can result if patients are not listened to or not given the information they need.

The GMC’s guidance about medical consent states shared decision making is fundamental for good medical practice and of course there will always be scenarios where a doctor’s judgement depends on specific circumstances. This could be:

Doctors cannot rely on assumptions about a patient’s needs or wants and neither should they use language or dialogue to influence a decision based on their own beliefs or preferences. With our client, she failed to receive objective information about the prognosis of her labour, any uncertainties regarding progress, or other options available to her. Various health professionals repeatedly failed to advise her of the material risks, benefits, or likelihood of success of treatment options throughout pregnancy, labour and delivery. One of the GMC’s seven principles is that patients have the right to be listened to. For our client, the lack of this basic principle ended in sheer negligence and lasting effects. 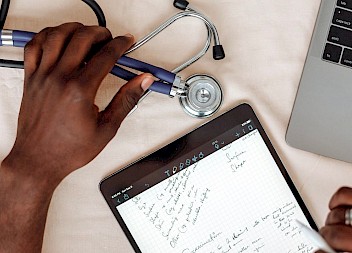 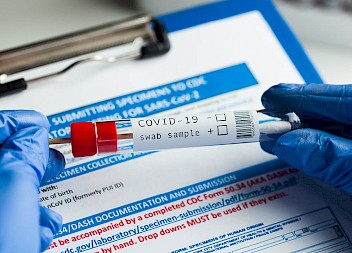 Read about some of our success stories.